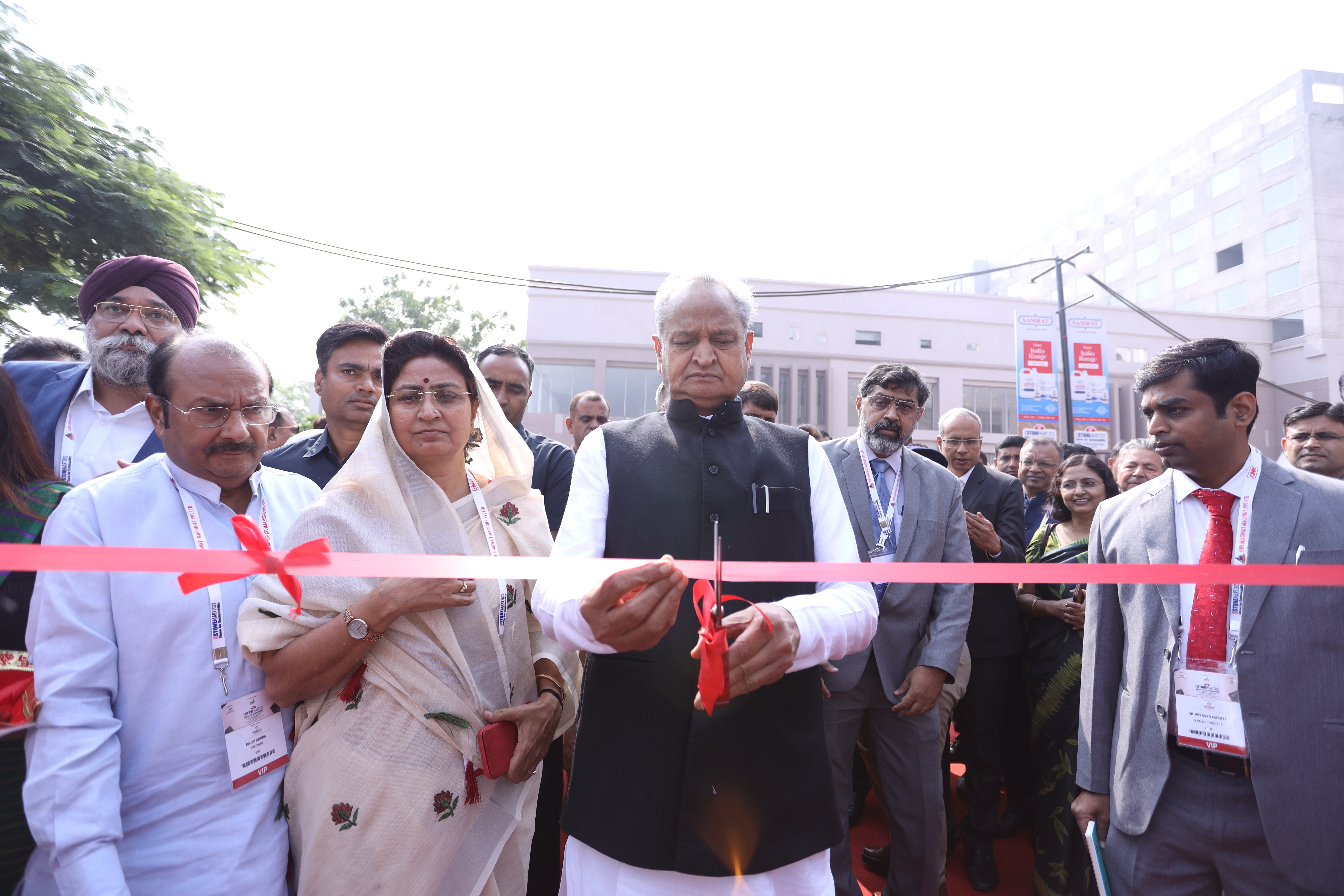 Jaipur, the venue for India Stonemart 2022 is a City where stone architecture reinvents itself at every turn. Its heritage hotels, palaces, temples and forts bear mute testimony to the natural stone fascination of the erstwhile Rajputana. Modern constructions carry similar signature themes and elaborate definitions of dimensional stone applications. Besides being renowned for its living heritage, Jaipur is also winning acclaim as a throbbing centre for stone quarrying, processing and stone handicrafts.


The city palace : In the heart of the old city is the former royal residence built in a blend of the Rajasthani and Mugal styles. The palace houses a museum with a superb collection of Rajasthai contumes and armoury of Mughals and Rajputs.

Hawa Mahal : Built in 1799 AD the Hawa Mahal or Palace of winds is a major rajput landmark.

Govind Devji Temple : The Most popular temple of Jaipur dedicated to Lord Krishna. It is located in the central pavilion of jai Niwas garden to the North of Chandra Mahal.

Moti Doongri and lakshmi Narayan temple : Moti Doongri is a privately owned hilltop for built like a Scottish castle.

Jaigarh : one of the few military structures of medieval India, retaining its ancient splendor in places, gardens, reservoirs, a granary, an armoury, a well planned cannon foundry, at all tower and a giant mounted cannon-th Jai ban, one of the largest in the country are preserved here.

Nahargarh : A sentinel to the Pink City is Hahargah for situated beyond the hills of Jaigarh.